Home » Blog » What is Configuration Management? A Comprehensive Guide.

What is Configuration Management? A Comprehensive Guide. 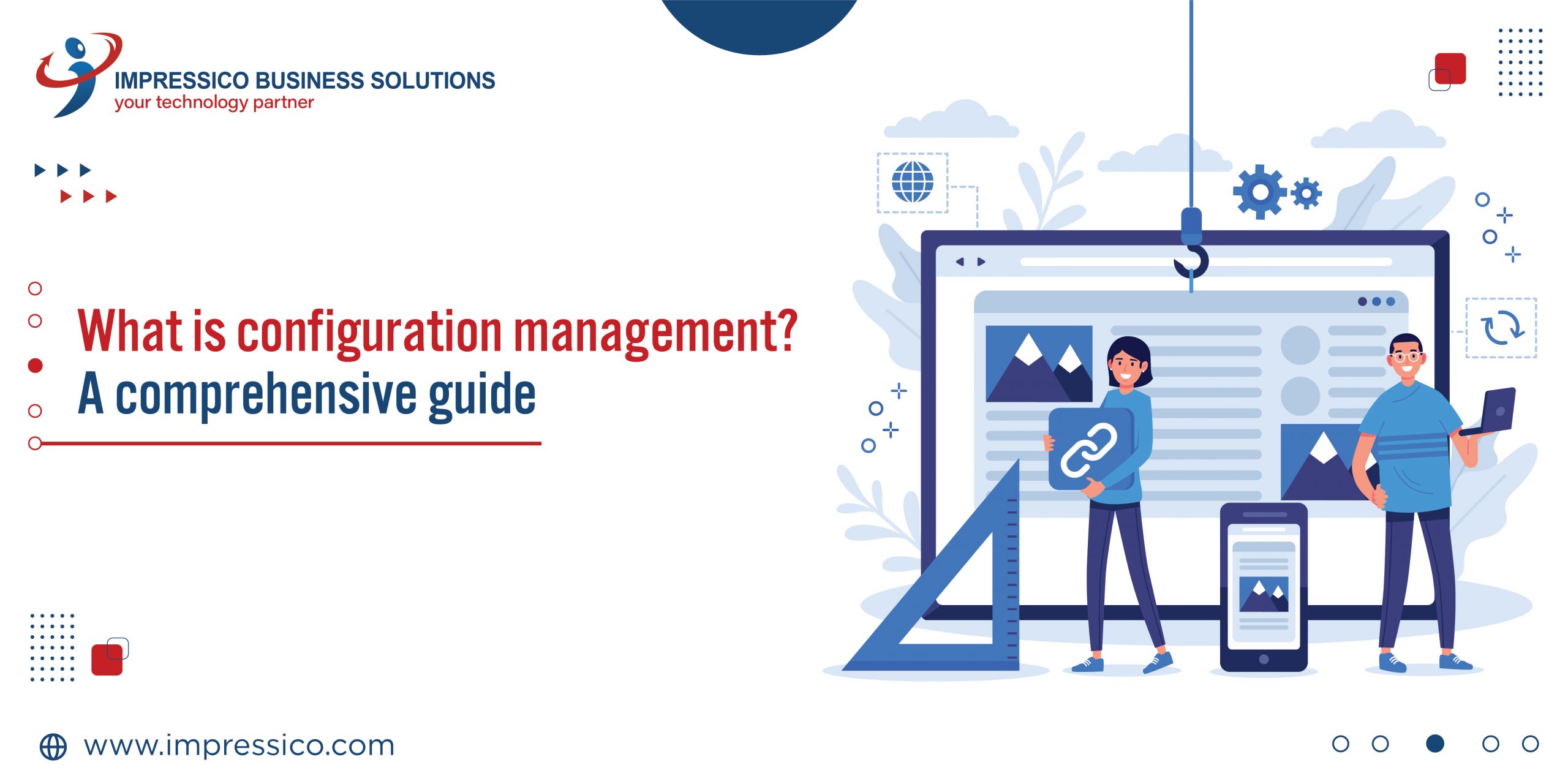 Configuration management is a system engineering method for establishing the uniformity of the attributes of a product throughout its lifespan. In the world of technology, it is an IT management procedure that monitors each individual configuration item in the IT system. IT systems comprise information assets with varying degrees of detail. An IT asset may represent a piece of software, a server, or a cluster of servers. This article focuses on configuration management as it is directly applicable to IT-related software assets and software assets CI/CD.

Configuration management for software is an engineering technique that tracks and monitors any changes made to the configuration metadata of a software system. In the field of software development, it is typically employed in conjunction with version control and the CI/CD infrastructure. This article focuses on its contemporary applications and its use in agile CI/CD software environments.

Why is configuration management important?

Configuration management can help engineers create solid and stable systems with the use of tools that automate and monitor changes to configuration information. Complex software systems consist of elements that differ in terms of size and the degree of complexity. For a better understanding, think about the microservices architecture. Every service within microservice architecture makes use of the configuration metadata to sign up and to initialize. Examples of metadata used in software configuration are:

It’s very easy for these values to be forgotten, which causes the configuration to become messy and scattered. Imagine a multitude of post-it notes with URLs and passwords flying through an office. Configuration management addresses this issue by providing a “source of fact” that has a central place to configure.

Variables in configuration are often removed, added, or changed. In the absence of a version control system, this could result in issues. One team member could alter the value of the hardware allocation to ensure that the programme runs more effectively on their personal laptop. If the programme is later deployed in production environments and this configuration is altered, it could be ineffective or fail.

Version control for configurations allows rolling back or “undoing” functions to configurations, which can prevent unintentional breakage. The control of the version applied to the configuration is quickly restored to the last established stable status.

How configuration management can be integrated with DevOps, CI/CD and agile

Data about configurations has always been difficult to comprehend and could easily be a secondary thought. It’s not a code element, so it’s not immediately incorporated into revision control, and it’s not first-class information, so it’s not stored in a database that is primary. Small-scale and traditional administration of systems is typically done by a combination of scripts and ad-hoc methods. The configuration data is often overlooked in some instances; however, it is vital to the system’s operation.

The responsibility for DevOps configuration system administration falls under the purview of software engineering. Companies today use it to allow the software engineer to request and provision necessary resources upon demand. This can eliminate a possible organisational dependency bottleneck in a software development team that is waiting to receive resources from a separate management team.

Configuration management for CI/CD uses pull-request-based code review workflows that make it easier to deploy code changes to a live software system. The same process is applicable to changes to configurations. The CI/CD process can be configured to ensure that configuration change approved requests are immediately transferred to the running system. An excellent illustration of this procedure is a GitOps workflow.

Terraform is an open-source configuration management platform developed by HasiCorp. Terraform utilises IaC to manage and provision clouds, clusters, or other services. Terraform can be used with Amazon Web Services (AWS), as well as Microsoft Azure, as well as other cloud platforms. Each cloud platform comes with its own interface and representation for the common infrastructure components such as servers, queues, databases, and databases. Terraform created the abstraction layer for tools for configuration for cloud platforms, allowing teams to create files that replicate the specifications of their cloud infrastructure.

Ansible, Salt Stack, Chef, and Puppet can be described as IT automated frameworks. These frameworks automate a lot of traditional administrative processes for system administrators. Each framework is built around a set of configuration data files, generally YAML as well as XML, which are assessed using an executable.

The configuration data files define an order of actions that one must take to set up the system. The actions are then executed in the executable. The executable’s language is different among the platforms—the two systems—Ansible and Salt Stack are Python-based, and Chef is Ruby. This is like running ad-hoc scripts but provides an improved and structured experience by navigating the different platforms’ ecosystems. These tools will allow the automation required for the CI/CD goal.

« 5 Benefits of Using the AWS Cloud for Businesses What Are the Reasons for Choosing Terraform for DevOps? »