Home » Blog » What is Kubernetes Orchestration?

What is Kubernetes Orchestration? 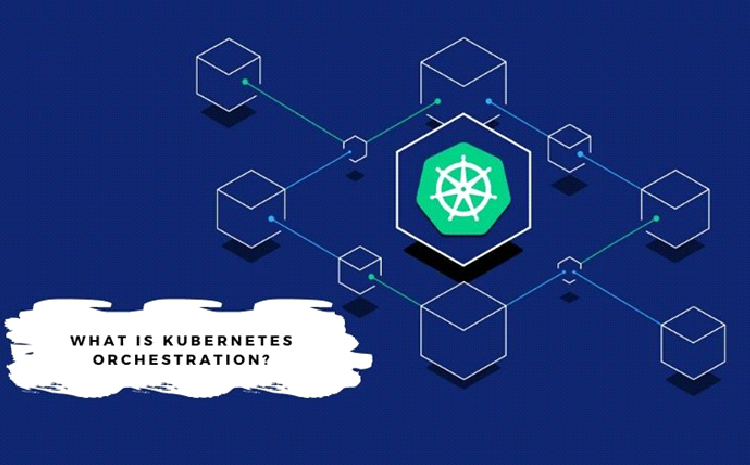 Kubernetes is an open source orchestration system for Docker containers. It allows us to manage containerized applications in a clustered environment. It streamlines DevOps tasks like deployment, configuration, scaling, versioning, and rolling updates.

Most of the disseminated applications built with scalability as a focal point are really formed of smaller services called microservices and are hosted and run using a container.

A container offers a remote context in which an app together can work with its environment. But containers need to be maintained outwardly and must be distributed and load balanced to sustain the needs of modern applications and infrastructure.

Further, data persistence and network configuration make it tough to manage containers and thus, however powerful containers are, they get scalability issues in a clustered environment.

Kubernetes offers a layer over the infrastructure to manage these issues. Kubernetes uses labels as name tags to categorize its objects, and it can request based on these labels.

Master are the controlling in a Kubernetes cluster. They are responsible for the cluster and monitor the cluster, schedule work, manage changes and respond to events.

The Kubernetes Master is an assembly of four processes that work on a single node in your cluster, which is known as the master node.

It is known as the brain to the master and is front-end to the master. Kube-apiserver uses the RESTful API and consumes json using a manifest file. Manifest files affirm the state of the app such as record of intent and are authenticated and installed on the cluster. It discloses an endpoint so that kubectl can issue commands and run on the master.

It gives determined storage and is stateful. It uses etcd. It is dispersed, reliable and watchable. etcd – etcd is an open source disseminated key-value store that assists as the backbone of distributed systems by giving a canonical hub for cluster harmonization and state management. Kubernetes makes use of etcd as the “source of truth” for the cluster. It is responsible for storing and copying data used by Kubernetes across the whole cluster.

Kubernetes controller manager implants the essential control loops sent with Kubernetes. It monitors the collective state of the cluster via API server and makes changes trying to move the present state towards the chosen state.

This is the procedure that monitors API-server for new pods and assigns workloads to particular nodes in the cluster. It is accountable for tracking resource use on every host to ensure that loads are not programmed in surplus of the available resources.

The servers that do the real job are known as nodes. Every node in a cluster runs two procedures:

Network proxy reflects Kubernetes networking services on every node. It safeguards every pod and gets its own exclusive IP. If there are numerous containers in a pod, then they all will have the same IP.

A pod is the elementary building block of Kubernetes and is positioned as a single unit on a node in a cluster. A pod is a ring-fenced setting to run containers. Typically, you will run only a single container inside a pod but in some instances where containers are strongly coupled, you can run two from a pod. A pod is connected using an intersection of networks to the rest of the environment.

Kubernetes Pods are mortal and when they expire, they cannot be resuscitated. As Kubernetes has to sustain the anticipated state of the application, when pods crash, new pods will be added which will have a changed IP address. This leads to glitches with the pod detection as there is no answer to know which pods are removed or added. This gets service into action. Any other applications can find your service through Kubernetes service discovery. A Kubernetes Service:

A volume signifies a location where containers can hoard and admit information. On-disk files in a container are transient and will be lost if a container smash. Secondly, when running containers along in a Pod it is often vital to share files between those containers. A Kubernetes volume will outlast any containers that work within a pod and data is conserved across container resumes.

Namespace functions as an alliance mechanism within Kubernetes. Services, replication controllers, pods, and volumes can effortlessly cooperate within a namespace. It delivers a degree of isolation from other parts of the cluster.

For Kubernetes services, you can hire a professional kubernetes consulting company like Impressico Business Solutions, which has excellent and diligent Kubernetes experts to help you with your project.