Home » Blog » Why is DevOps Important for Your Business?

Why is DevOps Important for Your Business? 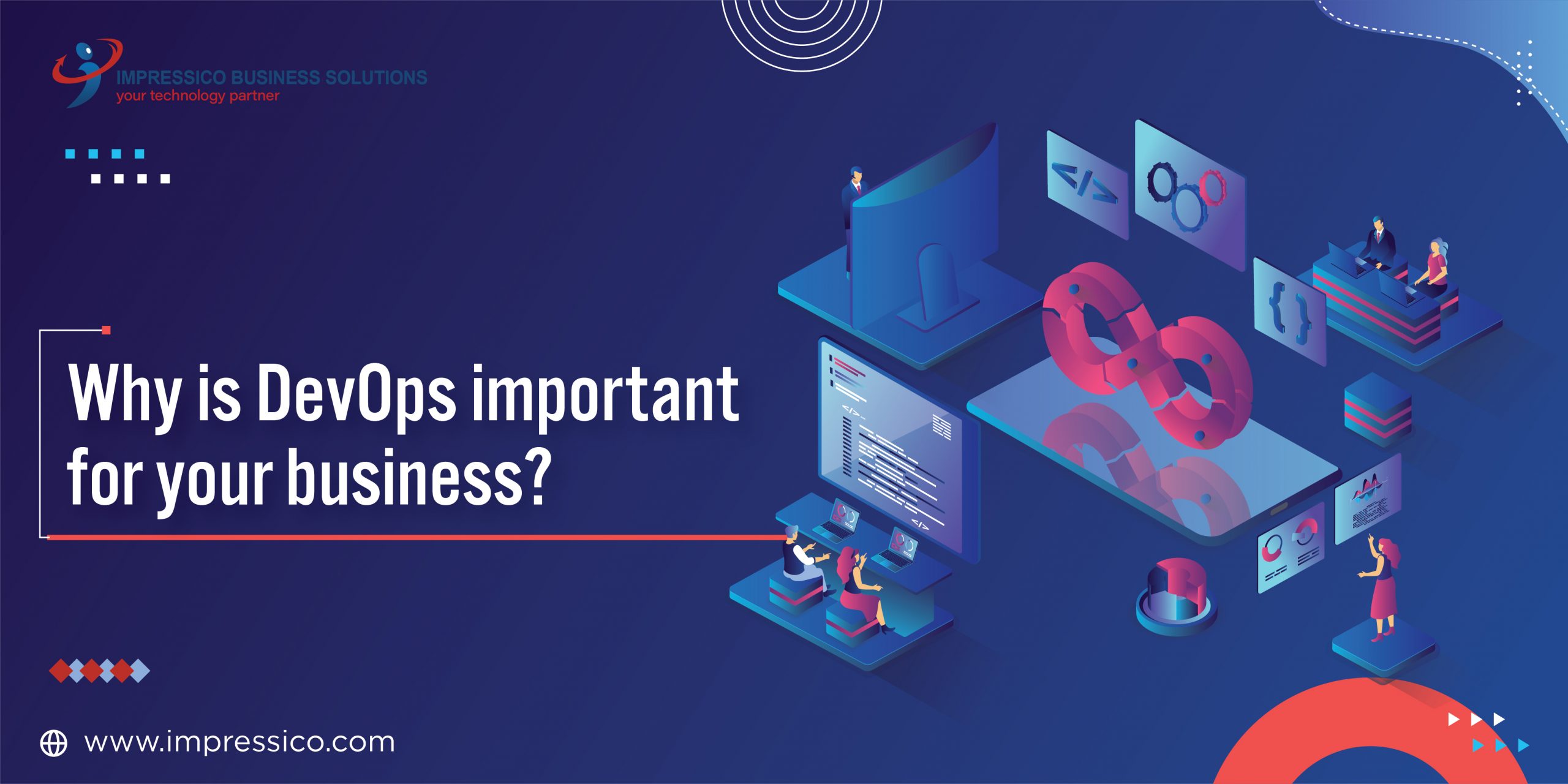 DevOps, which is the combination of operations (Dev) and operations (Ops) teams, is an organizational strategy that allows rapid development of applications and also simpler maintenance of existing deployments. Through allowing organizations to build stronger connections with Dev, Ops, and other stakeholders in the company, DevOps promotes shorter, more manageable iterations through the implementation of best practices, automation, and new tools. DevOps is not a specific technology as such, but rather it encompasses everything from structure to practices, culture, and tools. Initial steps usually involve continuous integration and continuous delivery (CI/CD) and monitoring in real-time, incident response systems and collaborative platforms.

Adoption of DevOps is increasing quickly. IDC estimates the global DevOps marketplace for software will grow to $6.6 billion by 2022, up from $2.9 billion in 2017. According to IDC analyst Stephen Elliot, the main factors driving DevOps adoption include corporate investments in software-driven innovation; the use of microservices-based architectures as well as methodologies for development; and increased investments by CEOs and CTOs in automated and collaborative process development for applications and operational procedures.

The late DevOps expert Robert Stroud said DevOps is focused on “fueling the business transformation,” which encompasses people, processes, and cultural changes. The most efficient strategies to implement DevOps transformation centre on structural changes that create communities. A successful DevOps programme requires a change in culture or mentality—a change that promotes collaboration between different teams, including product engineering, security, IT operations, etc., as well as the automation needed to accomplish business goals.

What advantages can DevOps offer? By coordinating engineering processes from beginning to end, DevOps emphasizes deploying software more frequently in a safe and secure way through automation.

The system designer, Patrick Debois, best known for his role in the creation of the DevOps movement, believes the greatest benefit of DevOps is the insights it offers. It requires organizations to “optimize for the entire infrastructure,” not just IT silos, in order to enhance the entire business. They must also be more adaptable and data-driven to align with the needs of customers and businesses.

It increases the speed and stability of software development and deployment.

A multi-year analysis in the annual Accelerate State of DevOps Report has found that top-performing DevOps organizations do far better in software development and deployment speed and stability, and also achieve the key operational requirement of ensuring that their product or service is available to end users. However, given the ambiguous definition of DevOps, how can an organization know if their DevOps initiative is yielding results? The Accelerate report for 2019 lists five metrics of performance—lead time (i.e., it’s the duration it takes to move from the initial code to code that is successfully running in production) as well as deployment frequency, failure rate time to restore, and availability. They provide a broad analysis of software’s delivery and performance, as well as an estimate of the likelihood of DevOps’ success.

It Helps You Focus on the Most Important Thing: People.

Humans, not machines, are the most crucial element of the DevOps initiative. The presence of important role-players (i.e., humans) will greatly enhance the chances of success. For example, the DevOps advocate is an effective leader who can demonstrate the benefits to business through the increased agility of DevOps methods and eliminate the myths and doubts, since automated systems are vital to DevOps success. An automation expert can devise strategies to ensure continuous deployment and integration, ensuring that the production and pre-production systems are completely software-defined, flexible, re-usable, and easily accessible.

There are many issues to be faced during the DevOps initiative. The company must redesign its structure in order to improve the method by which things get completed. Businesses often underestimate the amount of work needed during the course of a DevOps change, however. According to the latest Gartner study, 75 percent of DevOps initiatives until 2022 won’t be able to achieve their objectives due to challenges related to organizational learning and changes.

Organizational changes and learning are crucial to allowing DevOps to thrive. According to Gartner principal analyst George Spafford, the human factors are often the biggest challenges, not the technology aspect.

Making the Right Choice in Metrics is a Difficult Task.

Forrester notes that enterprises that are transitioning to DevOps practices must make use of metrics to measure the progress made, track success and discover areas that require improvements, Forrester notes. For example, a significant increase in the speed of deployment without a significant increase in quality isn’t an achievement. Effective DevOps initiatives require metrics that guide smart automation decisions. However, organizations frequently have a difficult time interpreting DevOps metrics.

But where do we begin? Look for metrics that are in line with the speed and efficiency of throughput.

DevOps initiatives are not without issues either. Because of the extensive organizational and IT transformations that occur—including previously segregated teams merging, changing roles, and undergoing various other shifts—the process will take some time. In a poll of IT executives from the software company Pensa, the most significant obstacles to DevOps’ successful implementation were:

DevOps efforts are often buried in complexity. IT executives may struggle to explain the value of their work to senior executives. Regarding governance and standardization, will centralization bring better results or simply add more layers of bureaucracy that can kill innovation? Also, there’s the question of the issue of organizational change: can team members overcome resistance and inertia? Not having learned from years of operating in accordance with a particular way? Can they share their experiences and learn from each other, as well as incorporate and orchestrate the best tools?

Many DevOps efforts can fail for many reasons, such as setting unrealistic expectations, tracking metrics that don’t align with business goals, or implementing a half-baked DevOps effort that embraces agile methodologies while keeping IT ops and engineering/development teams in traditional silos.

What’s the Future of DevOps?

The future of DevOps is likely to bring about adjustments to tools and organizational strategy, but the core purpose of DevOps remains the same.

Automation will play a major role.

Automation will continue to play a major role in DevOps transformation, and artificial intelligence for IT operations (AIOps) will help organisations achieve their DevOps goals. The fundamental components of AIOps—machine learning, performance baseline lining, anomaly detection and detection, automatic investigation of root causes (RCA), and prescriptive insights—work together to improve the efficiency of routine operations tasks. This new technology, which will transform the way IT teams manage alerts and solve problems, will become an integral part of DevOps in the near future.

Alongside using computational and data science techniques to automate routine jobs, AIOps also ingests metrics and makes use of inference models to draw useful insights from data, according to data science engineer Jiayi Hoffman. From monitoring to alerting and then remediation, AIOps’ capabilities for automation can enable service uptime to be much easier to attain. Furthermore, AIOps is an advantage for DevOps teams that can make use of AIOps tools to perform real-time analysis of events and proactive detection to cut down on downtime, improve collaboration, speedier deployments, and much more.

It Will Increase Concentration on Cloud Optimization.

In the future, DevOps will also put an increased focus on improving the utilization of cloud technology. The central nature of the cloud enables DevOps automation using a standard platform to test, deploy, and produce, reports Deloitte Consulting analyst David Linthicum.

No matter what new technology the future brings, companies will have to recognize that DevOps is about the journey. And the goals of their DevOps team and expectations will change as time passes.

« Why Does Your Startup Need A Software Development Company?
Why Do Companies Use Temporary Staffing Agencies? »